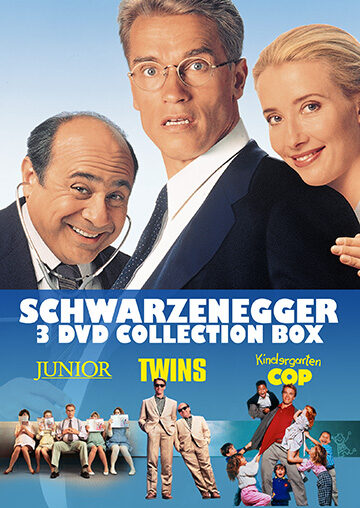 JUNIOR
Superstars Arnold Schwarzenegger and Danny DeVito team up with Emma Thompson in Junior, in their follow-up to Twins from director Ivan Reitman! Dr. Alex Hesse (Schwarzenegger) and his associate, Dr. Larry Arbogast (DeVito), develop a wondrous new drug to ensure healthy pregnancies. When the government forbids further testing of their creation, Alex and Larry secretly move forward with a daring plan…to impregnate Alex! Along the way, they must cope with a snooping, villainous research administrator (Frank Langella) and the brilliant, beautiful-but-clumsy scientist, Dr. Diana Reddin (Thompson). The seeds are sown for a hysterical, high-spirited whirlwind of humor, romance and tender insights into the magnificent power of maternal love.

KINDERGARTEN COP
Arnold Schwarzenegger stars in the unforgettable action-comedy Kindergarten Cop from director Ivan Reitman (Ghostbusters, Twins). Detective John Kimble (Schwarzenegger) is a veteran of the mean streets of Los Angeles, ready and able to tackle anything. In order to trap an elusive criminal, he is forced to face his most challenging assignment yet: going undercover as a kindergarten teacher. Now facing 23 screaming kids, he has to keep them under control without blowing his top and his cover. Once he gains the respect of his class, as well as the affections of a beautiful teacher, Detective Kimble must prepare for a final confrontation with his prey.

TWINS
Superstars Arnold Schwarzenegger and Danny DeVito team up for twice the laughs in this hilarious box-office blockbuster from director Ivan Reitman (Ghostbusters). An ambitious genetic experiment takes the wrong turn when two twins – who look nothing alike are born and then separated. Years later, the unlikely siblings meet: Julius a highly educated but sheltered giant with a big heart, and Vincent, a pint-sized hustler with an insatiable lust for women and money. With girlfriends in tow and a hitman on their tail, the newfound brothers set off on a wild, cross-country misadventure to find their mother but end up finding out more about themselves. 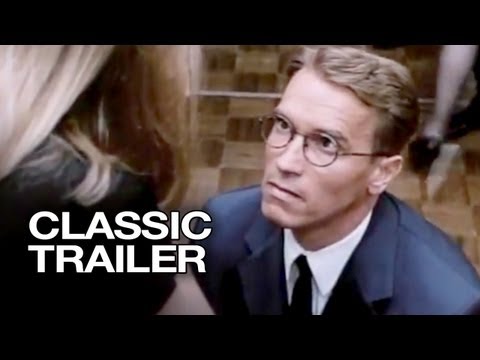 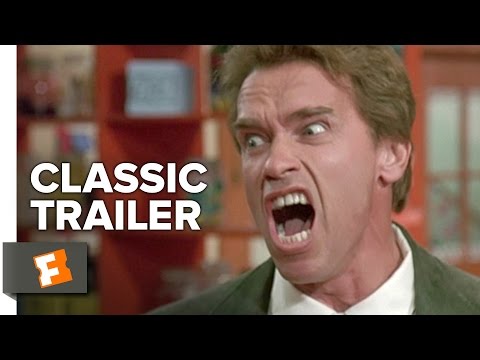 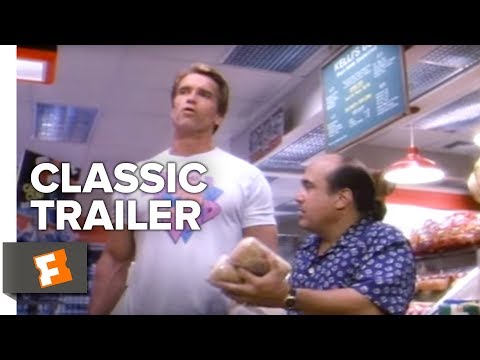